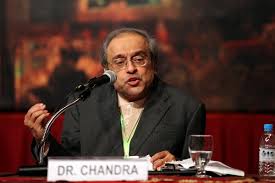 It is a truism that the survival and success of our nation depends upon our ability to sustain and enhance our inter-ethnic harmony. This is why the question of how the Barisan Nasional (BN) or the Pakatan Rakyat (PR) will manage ethnic relations in the country in the coming years is of critical importance to the voter in the 5 May General Election.

For a society whose multi-religious and multi-cultural texture is one of the most complex in the world, Malaysia has done remarkably well in preserving a degree of inter-ethnic harmony which is the envy of the rest of the human family. An objective criterion testifies to this. Over 55 years there has been a minimum of communal violence. There has been only one major riot with communal overtones that resulted in the loss of lives. That the riot of 13 May 1969 was contained within a specific city, that law and order was restored within weeks and democratic rule reinstated in 21 months, is incontrovertible proof of the Government’s ability to deal with an ethnic challenge.

The BN government and its predecessor, the Alliance, have proven their credentials in a number of other less significant fracases. The 1967 disturbance in Penang; the 1978 Kerling incident; and the 2001 Kampong Medan episode would be some examples. The BN has also defused ethnic tensions arising from certain issues such as the 1978 Merdeka University controversy, and the 2010 sporadic attacks on churches, mosques and a gurdwara in the wake of a Court decision on the use of the term ‘Allah’. Culprits responsible for the one cow head and five pig head incidents in recent years have also been punished by the law.

It is an irrefutable fact that the BN has the experience and the expertise in dealing with ethnic challenges. The PR has yet to be tested largely because when ethnic issues impinge upon security, they come within the purview of the Federal Government. Its management of four state governments has not equipped the PR with the skills and knowledge to negotiate the complex multi-ethnic terrain that is Malaysia.

PR supporters sometimes point to the inter-ethnic harmony in Kelantan as proof of its ability to maintain good relations among the different communities. Inter-harmony in Kelantan has very little to do with the Pas led government per se. Even when the BN was in power in Kota Baru from 1978 to 1990, relations between the majority Malay community and the Chinese and Siamese minorities were amicable. Kelantan has a long and distinguished record of inter-ethnic conviviality which goes beyond parties and politics. The small size of the minorities--- 5% of the population --- and their readiness to integrate into the larger Malay cultural ethos, the accommodative attitude of the majority, and an indigenous structure of governance which was not totally subverted by colonial rule, have all contributed to this.

In fact, current trends seem to suggest that conviviality among the communities in Kelantan may be under some strain as a result of the politics represented by PAS and its partner, the DAP. Some of the restrictions and controls imposed in the name of PAS’s notion of ‘Islamic morality’ are beginning to create a certain degree of uneasiness among younger non-Muslim Kelantanese. Similarly, the rise of Chinese ethnocentrism at the national level, fuelled to a large extent by the DAP, is seeping into the consciousness of a segment of Chinese youths in Kelantan, and separating them from the Malay majority.

This is the real danger of enthroning PAS and DAP in Putrajaya. If they rule Malaysia, their respective ideological orientations will widen even further the chasm that divides Malaysian communities. PAS’s superficial approach to Muslim identity reflected in its negative outlook on the rights and roles of women; the interaction between the sexes; and what constitutes wholesome entertainment, coupled with its obsession with prohibitions and punishments, will not only drive a wedge between Muslims and non-Muslims but also polarise Muslims themselves. The DAP, on the other hand, which is already alienated from the Malay majority because of some of its chauvinistic stances will trigger a backlash from the latter if it pursues policies on the economy or education motivated by its lopsided view of equality.

It is not just their individual policies that are inimical to national unity. The DAP is vehemently opposed to PAS’s Islamic state which remains the Islamic party’s real goal even as it continues to flip-flop over its ‘negara kebajikan’. The DAP’s mission of a ‘Malaysian Malaysia’ which in reality demonstrates very little empathy for the defining attributes of the land and its identity --- Bahasa Melayu; Islam and the Malay Rulers --- is a quest which Pas rejects totally though it has not been vocal about it since 2008. This huge gap that separates the two parties in the Pakatan defies resolution. The third partner in the PR, the Parti Keadilan Rakyat (PKR), has made no attempt to reconcile this ideological split between the two parties. This is why the PR is, for all intents and purposes, an inchoate, disparate inter-party grouping which is utterly incapable of bringing the various Malaysian communities together.

Malaysians should ask themselves if it is wise to hand the reins of power to such a grouping especially at a time when religion is emerging as the fundamental fault-line in our society. This is a pertinent question to raise for while PAS remains wedded to a narrow identity based dogma, the DAP is increasingly becoming the conduit for strident Christian voices that are less than sensitive to the prevailing Muslim majority landscape. How can any sane, sensible person expect these two parties to help forge unity in the years ahead?

Dr. Chandra Muzaffar is the Chairman of the Board of Trustees of Yayasan 1Malaysia. Petaling Jaya.
15 April 2013.
Posted by belimbing bintang at 2:28 PM

Email ThisBlogThis!Share to TwitterShare to FacebookShare to Pinterest
Labels: UMBRW